Skip to main content Skip to primary navigation
Home > News & Events > Rosie reports from the Conference on Diseases of Fish and Shellfish, Porto

Rosie Allshire is a PhD student at the University of Stirling’s Institute of Aquaculture. SAIC sponsored her attendance at the International Conference on Diseases of Fish and Shellfish to present a poster of her work. This is her report:

From the 9th to the 12th of September 2019 the European Association of Fish Pathologists (EAFP) held the 19th International Conference on Diseases of Fish and Shellfish in the city of Porto in the north of Portugal. As a 2nd year PhD student at the Institute of Aquaculture at the University of Stirling, I applied to present a poster on my work on salmon gill poxvirus (SGPV) at the conference. My abstract outlined my study on the virus in freshwater Atlantic salmon pre-smolts last winter, where I followed two comparable cohorts entering an infected system and a ‘clean’ system concurrently and monitored a variety of parameters throughout the cycle to track the progression of the virus and the disease.

The conference consisted of three concurrent sessions a day, on topics such as viruses and viral disease and host-pathogen interactions, covering all bases of fish and shellfish pathology. The organisers also invited a variety of keynote speakers who gave fascinating presentations every morning on issues such as ‘The effects of CO2 and related water chemistry on fish: climate change v. aquaculture’ by Rod Wilson from the University of Exeter, ‘The progressive management for improving aquaculture biosecurity: a new initiative’ by Melba Bondad-Reantaso from the Food and Agriculture Organisation of the United Nations and ‘Next-generation sequencing: A revolution in the field of fish diseases’ by Jean-Christophe Avarre from the Institute of Evolutionary Sciences of Montpellier. 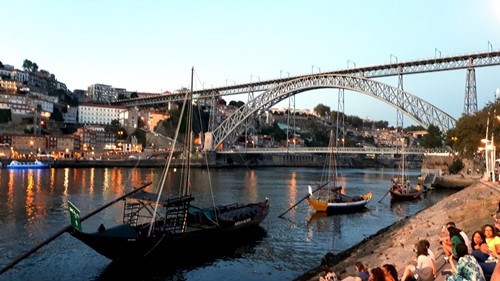 The conference covered many of the key areas in aquaculture including nutrition, parasitology, bacteriology and, maybe the most relevant to me, virology. Some of the stand out oral presentations included a by Lisa-Victoria Bernhardt from the Norwegian Veterinary Institute which described a new method of detected salmonid alphavirus (SAV) from seawater, a method that could potentially have a huge impact on the aquaculture industry as it provides a non-lethal way to detect the presence of viruses earlier, and in a less invasive way than current methods. On a similar vein, Haakon Hansen, also from the Norwegian Veterinary Institute, presented his work on the detection of the parasite Gyrodactylus salaris by testing haplotype specific environmental DNA, another method which shows great potential for the diagnosis and the subsequent treatment of a wide range of pathogens in aquaculture. Non-lethal and non-invasive diagnostic methods like these could hugely reduce costs in fish and shellfish production both through earlier detection and more efficient and effective treatment as a result. These techniques could also both be extremely useful in my area of research once developed and standardised, as these pilot studies have shown substantially earlier detection of pathogens than traditional methods currently being used, which could lead to a better understanding of pathogens like salmon gill poxvirus, their sources and progression to disease.

In summary, this conference was fascinating and both extremely useful to me from a scientific point of view, as well as a networking point of view, bringing together the most influential and knowledgeable people in fish and shellfish pathology worldwide.

Find out about SAIC travel grants