Jules Wehry recently completed an MSc in Sustainable Aquaculture at the University of Stirling, and received a SAIC scholarship to fund his studies. For his dissertation project, he collaborated with Zero Waste Scotland to research the production of insect-based feed ingredients using underutilised biomass streams. In this blog post, Jules shares his experience as a SAIC student.

Before coming to Stirling, I obtained a BSc in Agricultural Economics from Wageningen University. Here, I learned valuable lessons about the interplay between food security, climate change, and biodiversity loss. In this context, the most exciting challenge to me is finding ways we can meet the growing demand for animal protein without having to further rely on finite resources like arable land or wild fish stocks. With that in mind, I wrote my BSc thesis on the cost competitiveness of algal oil as a substitute for fish oil in salmon feed. It was during this time that I came across many scientific papers by researchers from Stirling’s Institute of Aquaculture. This prompted me to look into their MSc courses, and soon after I decided to apply.

Arriving in Stirling was rather exciting, as for the first time I got to attend lectures by all these renowned researchers whose articles I had been reading. Adding to that, we had a very diverse classroom representing eighteen nationalities from almost every continent. Many of us had previously worked in aquaculture, and we are all passionate about the sector – so even during coffee breaks or in the pub we ended up talking about fish and shrimp. 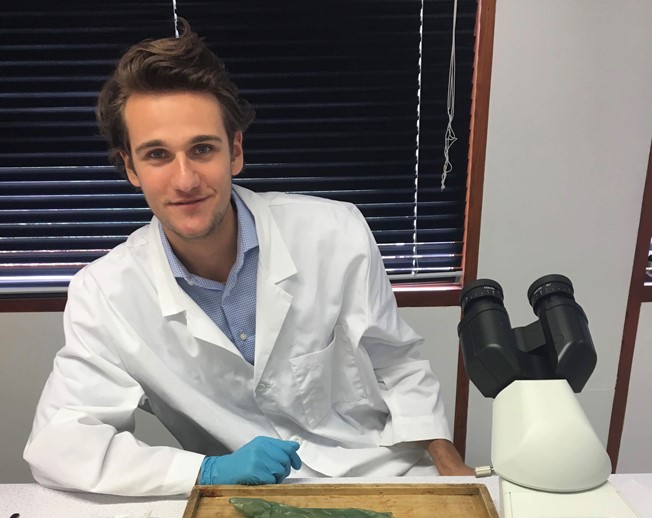 The course itself was very industry-oriented. Throughout the year, guest speakers from leading companies contributed to our modules and we made multiple field trips to cage sites, hatcheries, a feed factory, and much more. SAIC also facilitated our exposure to the industry by organising a networking event at the start of the year and by sponsoring the annual careers day.

For my dissertation project, I was given the opportunity to collaborate with Zero Waste Scotland; an organisation that drives the transition towards a circular economy. We studied the feasibility of underutilised biomass streams in Scotland for the production of insect-based feed ingredients. The word ‘underutilised’ here was key, because the economic and environmental sustainability of insect rearing becomes compromised when your substrate competes with the direct feeding of farm animals.

It turned out that by-products from whisky, Scotland’s most exported beverage, could be used to produce salmon, which is the country’s most exported food. Traditionally, most whisky by-products were fed to nearby livestock farms, but now large volumes of these materials are collected at bioenergy plants. Co-locating insect facilities at such plants would generate additional value from whisky by-products while producing local alternatives to the imported fishmeal and plant oil in salmon feed.

Recently, the development of insect farms in the UK received a large funding boost, and I hope our research can offer new insights. Perhaps at some point, leftovers from Scotland’s famous distilleries will help to feed Scottish salmon!